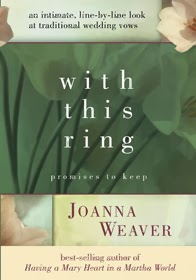 The angels saw it all. Creator spoke, and suddenly the dark, swirling chaos of the cosmos disappeared, leaving an ordered universe in its place.

Night. Day. Land. Water. Word by word, day by day, the plan of Creator unfolded before the heavenly host, each creation more wonderful than the last. The Father spoke. The Spirit moved. And the angels applauded.

The brilliant blue and green planet beckoned with beauty, nestled against the black night sprinkled with stars. Layered with lush forests and soaring mountains, it was a palace fit for a King. As though God himself would dwell there.

“Unthinkable!” cried one. “Ludicrous!” said another.

And yet it was so. Each evening Creator left his throne and walked in the garden he’d created, visiting the man he’d formed from the dust of this new world. The man created to fellowship with almighty God.

Why? the angels wondered. Never had such an honor been given. And yet somehow they understood. The heart of Creator was so large it ached to love. The adoration of angels and their unrestrained praise filled his ears but failed to touch his heart. He longed for love. Not worship. Not fearful reverence. But love. Laughter echoed across the garden and into heaven. The fellowship was sweet. Creator smiled as Created named each animal, exulting in every one.

Together they explored the secrets of Eden and the wonder of this new friendship. But as the days passed, a growing conviction gripped the heart of Creator. A bittersweet realization that there was still more to give.

Each creature had a mate. Another of its kind. But the man was alone.

“It is not good for man to be alone. I will make a helpmate.”

We, too, must give if we endeavor to love. Love holds no room for selfishness. It is only in laying down our life that we find it. It is only in losing that we win. We can learn a lot from the day love was born.

Special Note:  This essay was taken from my gift book:  With This Ring: Promises to Keep