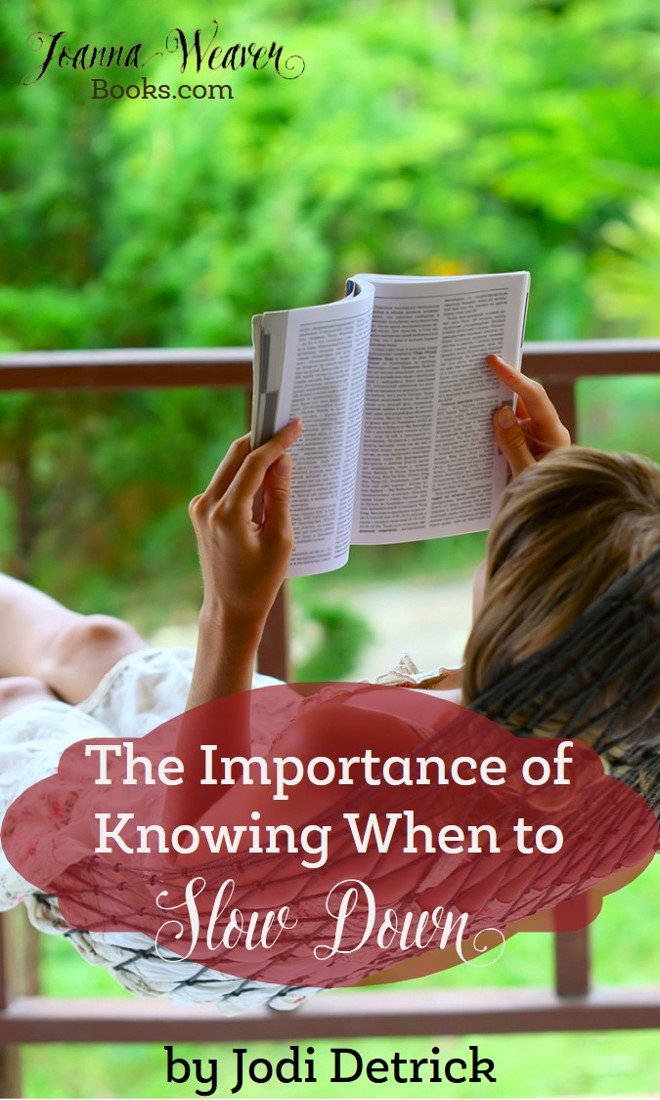 Do you ever feel like life is spinning out of control?

These past four years have been some of the most intense years of my life. But even with deadlines met and my schedule fairly clear, I still tend to fill my life with activity.

My friend, Jodi Detrick, and I talk a lot about this problem.

We both want to be available to God. We want to say yes to every opportunity. But we’re learning the lesson Jodi writes about in today’s guest post…

It’s important to learn how to slow down.

Putting On the Brakes

On August 4, 2007, the Phoenix Mars Lander began its 422-million-mile flight from earth to the northern polar region of Mars where it touched down in a near-perfect landing on May 25th, 2008.

I grew up in the Space Race era, when exploration of the heavens was moving from comic book fantasy to scientific reality.  Yet I’m still amazed that NASA scientists and engineers can create a craft able to withstand such an arduous trip and land precisely at their next targeted site of planetary exploration.

Traveling 422 million miles is no small feat.  But what really floored me was learning that the Phoenix pierced the Martian atmosphere at about 12,500 mph, and within seven minutes decreased its speed to 5 mph before executing a “soft” landing on the Red Planet’s dusty surface.  Did you catch that?? From over 12,000 mph to 5 mph in just seven minutes!!

A rocket scientist, I’m not.  I freely admit that I’m not studied up on the physics of EDL (that’s entry, descent and landing, for you fellow-NASA novices), atmospheric friction, reverse thrusters, and the like.  But I just keep thinking, I’d sure like to get my hands on a set of brakes like those!

A lot of us are really good at going; green lights are our forte.  But we’re not so good at stopping. Summer is a time where, ideally, things are supposed to slow down. Words like lazy, laid-back, and slower-paced are often used to describe the months of June through August.  In reality, however, that’s not always the case.  When we’re traveling at speeds in excess of 12,000 MPH (or so it seems) for nine months of the year, it’s hard to brake to a more leisurely pace, just because the days are longer.

I recently spoke for a women’s retreat where the chosen theme was, “Be Still”, taken from Psalm 46:10 which says:

“Step out of the traffic! Take a long, loving look at me, your High God.”

I began my first talk by sheepishly admitting that I was in a stretch of one of the busiest, most non-stop seasons of my life! I confessed that I’d almost forgotten what it was like to be still and that I hoped to re-learn it along with those who had come to the retreat.

Newton’s First Law of Motion, that things in motion tend to stay in motion, is true with our schedules, too.  With the Phoenix, great care and planning were necessary to go from whizzing through space down to a manageable 5 mph. The parachute had to deploy at just the right time; the reverse engine thrusters had to kick in to slow down the free-fall; the craft had to make self-adjustments to right itself for a level landing.

I suspect it will take similar effort and planning to slow us down.  John Ortberg calls hurry ‘the great enemy of spiritual life in our day’ and writes, “If we are to follow Jesus, we must ruthlessly eliminate hurry from our lives—because, by definition, we can’t move faster than the one we are following.”  It seems counter-intuitive that we have to work to find rest but it’s true.

One of my goals for the summer is to go on my own personal (non-group) retreat.  I know it’s going to take significant effort and planning to put on the brakes in a way that allows time for real stillness.  But it’s the second part of that Psalm 46:10 verse that compels me, “Be still…and know that I am God.”

Like those who are part of the Phoenix Mars mission, I’ve got some grand exploring to do.  And I know I’ll find life there. 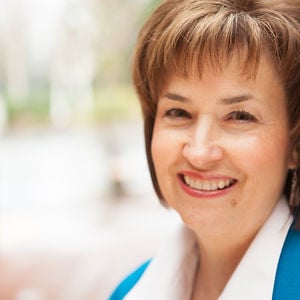 But Jodi is so much more than that to me. She is my confidant and mentor, my soul sister through and through.

Don’t miss her book, The Jesus-Hearted Woman in a Broken-Hearted World: 10 Leadership Qualities for Enduring (and Endearing!) Influence. It’s one of my favorites!

You can learn more at www.JodiDetrick.com

I’d love to hear from you…What single adjustment could you make in your life that would enable you to slow down (at least a little)?